Devon in the TV spotlight!

Our sofa in front of the TV has become a sanctuary due to being in lockdown and the cold winter weather. The good news is the beautiful Devon countryside has featured on several TV programmes of late! So, if you’ve previously been to Devon on holiday, you can be transported back to the rolling patchwork hills, golden sands and picturesque villages. Or, if you’re thinking of visiting you can get a flavour of what to expect from the dramatic scenery and diverse attractions in our vibrant county. 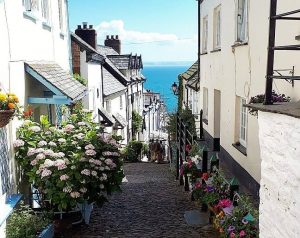 First up is a whole series dedicated to the south west – Devon and Cornwall, in its second season on Channel 4 and episodes can be viewed on All 4. There’s everything from lobster festivals in Clovelly, to cider making, to preparing animals for country fairs and wild camping on Dartmoor. There’s also a one-off special, Devon and Cornwall: In Summer, celebrating what makes this corner of England such a popular destination when the sun shines.

If walking or hiking is your passion Julia Bradbury has a series dedicated to Devon and Cornwall walks. Episode 3 is filmed in breath-taking Dartmoor National Park from the iconic Hay Tor to Saddle Tor on a seven-mile circular walk climbing its towering granite rocks. The Dartmoor Pony also features along with some the myths and legends of the moor. You can catch it on the ITV hub.

For any foodies James Martin’s, Islands to Highlands, featured glorious Devon in episode 3. He visited Torquay and Simon Hulstone’s 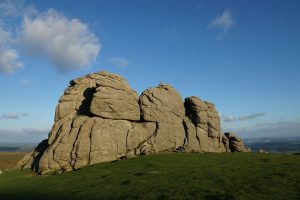 Michelin starred restaurant The Elephant, took a trip to unique Burgh Island and created some mouth-watering dishes using local produce – creamy cheese from Sharpham and a variety of organically grown mushrooms from Forest funghi. A recent episode of James Martin’s Saturday morning also featured another Michelin starred restaurant, Lympstone Manor in the Exe Estuary, as the backdrop to cooking up a storm with local mussels and cider (48 minutes into the programme). If you’re looking for a fine dining experience while staying with us, we definitely recommend booking a table here.

Finally, Scottish comedian Susan Calman started her UK road trip on channel 5’s Grand Days Out in Woolacombe with a delicious cream tea. She also explores the picturesque village of Clovelly where there are no vehicles and spectacular views can be seen when ascending or descending the 400 foot cliff to the 14th century quay below. It is also on our list to visit this year.

We hope you enjoy Devon virtually for the time being and fingers crossed we can welcome you in person soon!